The Time Has Come For Celtic To Offer Ange A New Long Term Contract. 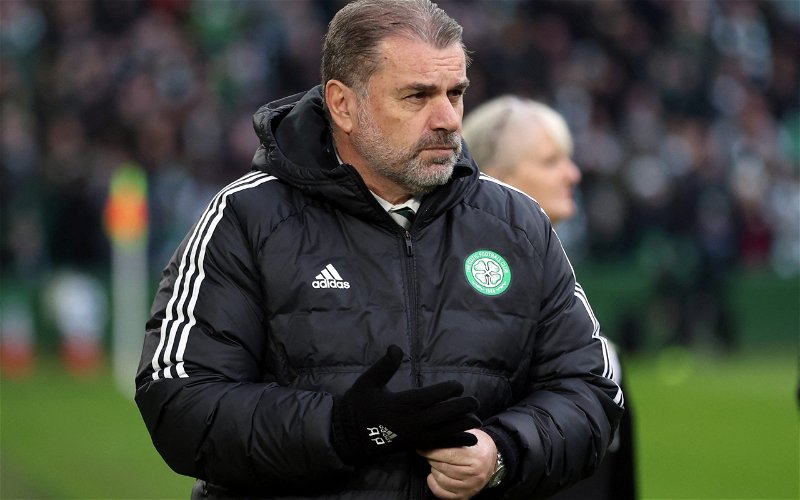 Over the summer, the question arose as to why Celtic had not given Ange a new contract after his first season was such a resounding success. I argued at the time that everyone involved was very comfortable with the status quo and that there was no need to rush that.

But we’re in a different world now, and Ange has proved his quality and has become the most important person at the club. He deserves a new deal, on majorly improved terms.

And we need to protect ourselves in case there is an offer from England.

When Ange spoke about Juranovic yesterday, only people who were daft or were forcing themselves not to listen to him could have failed to recognise that he spoke of Juranovic getting a big opportunity late in his career and how he agreed with his taking it.

“People have to appreciate Josip is 28-years-old but he hasn’t really got to the highest level until late in his career,” he said. “He just wants to maximise his opportunities, to be honest. I agree with him. That’s what all of us have in our careers, a limited time and we want to take opportunities.”

Ange is in his 50’s. He, like Juranovic, has found the recognition he deserves late in his career.

He has been managing far from the white hot light of the European game and it is not insane to suggest that a move to England or elsewhere might lie in front of him. This guy could manage anywhere, that much is obvious, and let’s not kid ourselves on here, because nothing could be more dangerous or foolish than to do so. He may well want to.

There are two things which need to happen here to make his time at Celtic as fruitful as it can be; to make Ange feel like this is the place he was always meant to be, which means treating him royally, which means making him the highest paid manager in the history of the club … and recognising that it still might not be enough.

And if it’s not enough, we need to know we’ll be duly compensated.

At the moment, any club anywhere can come in and take this guy for a relative pittance. We are fools not to put in place protections against that eventuality. Before now the idea that some club from England might come in and poach this guy was not realistic. But he’s proven himself and clubs who might have overlooked him no longer will.

The Everton job is about to open up. Leicester’s might be available soon.

There are other at-risk managers in that league, everyone from Graham Potter to our old pal David Moyes. Would he leave Celtic for any of those clubs? Would they take the punt? I want to say no … but if the money is life changing, if it means his family is secure and that his kids and his grandkids and their kids will have everything they need then you just never know.

This guy gets us, and he clearly loves it here … if we make him a brain-busting offer and make it clear that there’s a dynasty to be built at Parkhead on his watch then I think we’ve got a very good chance of keeping him at Celtic for years.

But if we don’t then we need to remember that he doesn’t owe us anything, and we should not ignore that even people who have grown up with this club, like Kieran Tierney, have spoken in very similar language about their careers and taking their opportunities and if they can’t be convinced to stay when their bond to Celtic is so strong then don’t assume anything.

Ange has earned an improved deal.

The transformation not just of the playing squad but the whole way in which we do business is remarkable and we need to keep this project going as long as we possibly can. Go to the ends of the Earth, Celtic, and if that’s not enough make sure that anyone who comes calling has to spend big, big money to change that.