Celtic Presented Ange With A Decision On Ali McCann And The Manager Made It. 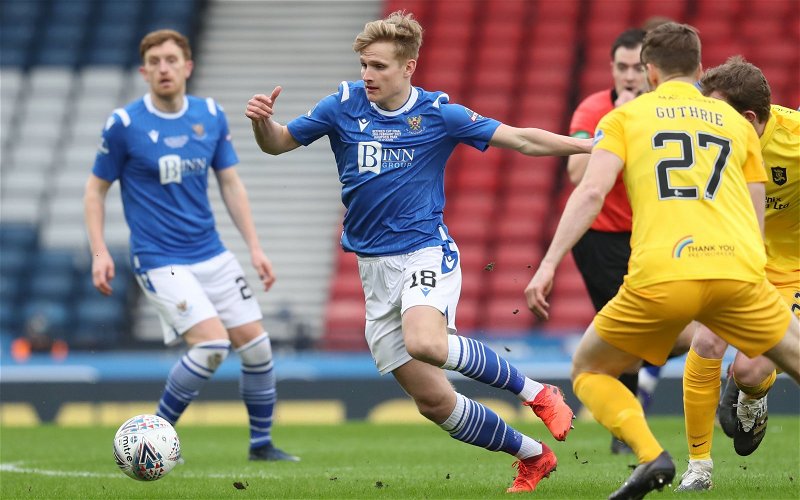 As the transfer window was coming to a close a rumour swept Celtic cyberspace that we had been offered Ali McCann for £3 million and wouldn’t pay it.

The story sounded fishy to me. McCann finally leaving Perth for less than half of that makes it even fishier.

The long and short of it is that I believe we were offered the player and turned it down.

I do not believe that it was because we balked at the transfer fee.

We spent £20 million plus in the window. That’s not penny pinching by any stretch of the imagination.

McCann was being scouted all last season.

If signing him had been a priority, we could have done it at any point over the summer.

We could have done it on that last day when St Johnstone had accepted a bid from England.

There would have been no charging us £3 million then; all we had to do was match their offer, or stick a couple of hundred grand on top, and the field would have been clear for us, just so long as the player was willing to do the deal.

For these reasons, I don’t believe that we ever seriously entertained the idea of signing Ali McCann.

As has been pointed out again and again, whatever plan there was changed the minute big Ange was in the door.

He was the decider.

He looked at the options we initially presented to him and he took the decision to pass on them.

Ange has his own ideas. SPL level players might have been good for someone else’s rebuild but not his.

He doubtless will sign SPL players at some point, but only once he’s watched them himself and is sufficiently clear on which can fit his system; look out, perhaps, for Doig being the main one there because we do still need cover at left back.

But nobody should be beating up the manager or the club over Ali McCann. F

ew players have been as well scouted by Celtic and few are such a known quality.

The manager was not impressed enough to make it a priority, even at the lower fee.

And Ange’s judgement has been excellent so far, so that’s good enough for me.