Has Soro Really Declined Or Is He A Victim Of Celtic’s New “Refereeing Standard”? 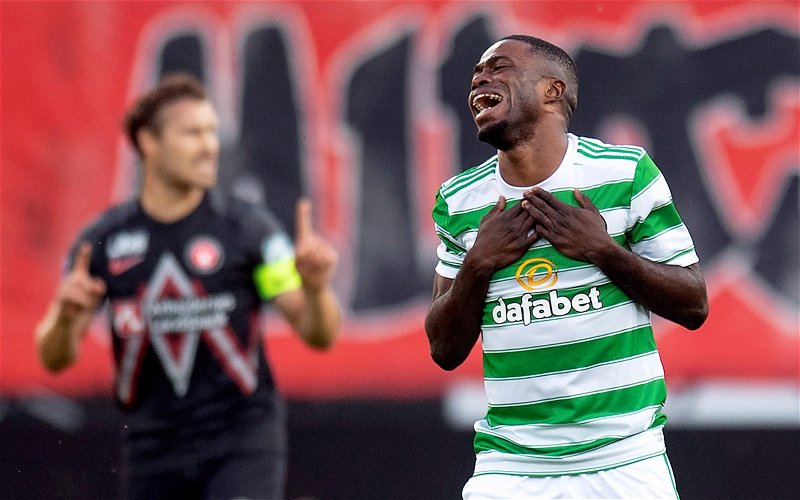 There was a piece on one of the other blogs yesterday about Ismaili Soro and his regression from the player who was allegedly drawing interest from England, at the tail end of last season.

Part of the issue is whether or not you believe that interest was real; even if it wasn’t, he was clearly playing much better football than he has been recently.

The word is if.

If he cuts out the silly mistakes. If he learns not to rush in sometimes. He is obviously a good footballer, he reads the game well and his defensive skills make him a worthy player in that area of the pitch, an area where we badly need someone to emerge and make the place his own.

Soro could do that for us. If.

First is he’s suffering a bit of adaptation shock. As much as any other player he has struggled to meet the demands of the manager and a team which the boss wants to build around constant movement. Soro seems to be struggling to fit into that style.

But a lot of players are adaptable, and I think this kid has shown mental resilience and the ability to adapt before. He has moved twice to countries far from home. He waited for his chance in a Celtic shirt. He will work hard and wait for his next one.

In the here and now though, what’s the problem? Is it just an adjustment period or is there more? One thing it might be is the unusual way our games are refereed.

This adversely affects players who play in the more defensive roles; they draw more fouls and pick up more bookings.

I have thought that some of the tackles he’s been pulled up for have been frankly ridiculous, and it has made him a little less likely to go into some and he tends to panic going into some others. This is not a good combination.

I think he’s been blown of course by a combination of settling into a new style and the knowledge that he’s likely to get a dig for every little incident.

There are two ways this is resolved; he either stops letting it affect him or this club goes on the offensive over that situation and stops referees from running our games according to different rules and a different standard than others.

Soro is a very good footballer, with a good array of skills. Once he has adapted properly to the changed circumstances he will be an excellent squad player. If he doesn’t adapt he’s going to get left behind. That’s the brutal reality of life at a top club.