“SFA pay the price as (chairman) Douglas Park wins legal dispute over SPFL £8m cinch sponsorship” says the headline in The Herald tonight after a court of appeals agrees that Park’s firm should be allowed a seat at the arbitration between the SPFL and the club over their failure to comply with the league’s contractual obligations.

This is because as part of the settlement, the SFA must pick up the costs.

Which means that it’s Scottish football itself which has to pay those costs, as part of the continuing fallout of Sevco’s inability to simply behave reasonably and responsibly towards the rest of the game.

This is not a victory for anybody, although the press is determined that it should look like one for that club.

The ends result of this might very well be that cinch walks away from the agreement; they would be well within their rights to do so.

If that happens, what then? Ibrox will bear the anger of every single one of the clubs and it’s more than possible that the SPFL will have to take legal action against them. The SFA is almost certainly going to hold onto the grudge for a long time.

This unseemly spectacle is entirely the fault of the club, as they behave with their now standard high-handed arrogance towards the rest of the game.

The media shouldn’t be painting this as two opposing sides with differing points of view; the Ibrox club has not produced a scintilla of evidence in support of their claim that they have the right not to participate in the SPFL’s joint sponsorship.

The league body itself should have acted before referred the case; they should have struck a blow internally by bringing the club to heel, starting with their expulsion from the governing body. They should have threatened those legal consequences if cinch walked away from the agreement or paid a reduced sponsorship fee in the event of Ibrox refused to play ball.

Not a single neutral believes that this is anything other than a spiteful act by a board of directors that believes it is on a crusade to settle debts that they know full well do not exist.

The so-called “relegation” of 2012 is a pure fiction, but it’s a fiction that has been lend credence by these same governing bodies and by the media that continues to push it.

And so Ibrox knows that it has the cover to wage war on the basis of that lie, because none dare challenge it is a lie.

As far as they are concerned, the rest of the sport is collateral damage.

Who exactly is that a victory for?

There’s no triumph at the end all this, just more consequences for the game.

When the cinch deal ends, who in their right mind will step in to take their place after this fiasco, no matter how it all comes out in the end?

I can’t see how there are winners here, but it’s obvious who loses; everyone does. 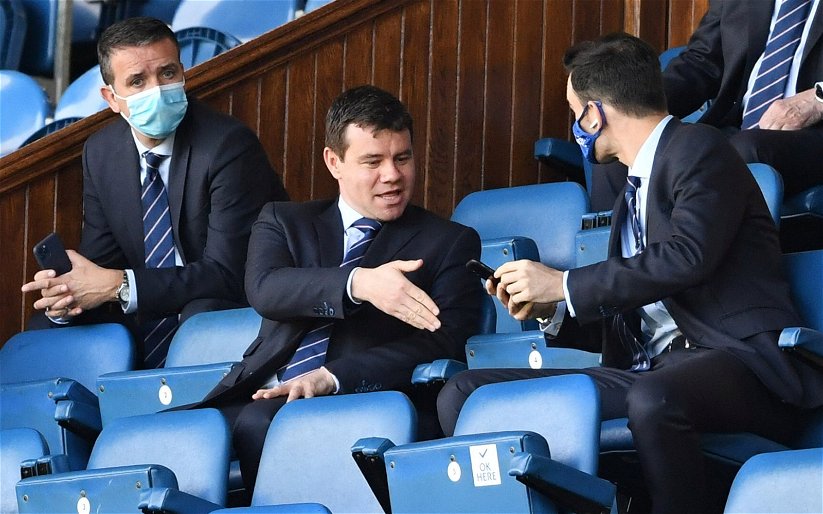 Celtic Needs To Keep A Close Eye On The Developing Global Health Crisis.