The Ibrox Club Should Be Vowing To Hunt Down The Haters Of Tommy Burns. 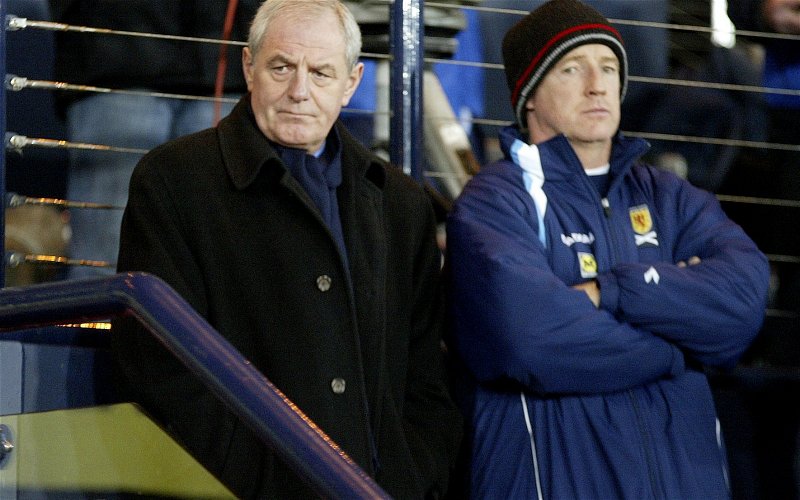 As a Celtic fan who has lambasted a section of the Ibrox support for as long as I can remember, I am gratified to see the genuine fans over there, those good people who only want to follow their football club, slam in the harshest terms the collection of goons and halfwits and gutter dwellers who went to Livingston yesterday and sang songs of hatred about Tommy Burns.

This is a reminder that these Peepul are not the only followers of the Ibrox club.

In the many things I’ve written down through the years I always remind folk of that.

This is a section of their support, not the support as a whole, in the same way the vermin who chanted their own warped stuff at Celtic Park yesterday in the colours of Aberdeen don’t give the full picture of their fan-base.

It is at a moment like this when you are glad to see that the good people are stepping up to make their feelings known, and attempting to rescue their club from these folk.

They would be helped, immeasurably, if the club itself weighed in on their side.

The Peepul who chanted that hateful stuff yesterday were almost certainly known to the club and could probably be identified easily. They will all have MyGers memberships, and probably – since the system is based on points – in the upper tiers.

Their club should have condemned this stuff along with the blogs and prominent online fans this morning, and then they should have promised to aggressively track these people down and remove them once and for all.

They should want, at all costs, to distance themselves from such people.

I am certain that if Celtic fans had been videoed singing that about Walter Smith that every one of the blogs would be excoriating them and Celtic itself investigating thoroughly.

I am very pleased to see the welcome intervention of some of their social media guys; it is great to say that this kind of spirit can overcome rivalry and other such petty nonsense. I think these guys – some of whom I’m convinced want this stamped out forever – would be so much more effective if the club itself took that kind of stand.

It would let these guys know they are not alone.

Most importantly, it would let the filthy toe-rags responsible for that yesterday know that they are.