Celtic Fans Should Be Wary As The Grotesque New Spanish Super Cup Looms. 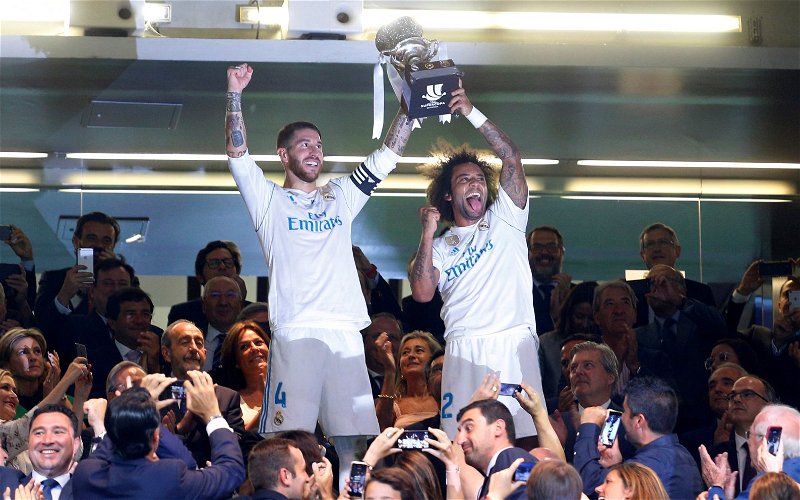 One of the most grotesque things ever to happen in football will take place on Wednesday night, as the Spanish Super Cup kicks off.

It comes just weeks after the extremely unhelpful suggestion was put forward that Scottish clubs might take their games to England if fans weren’t allowed to be in the grounds.

The two are not the same thing, but there is a steady creep of this into the thinking of those who run the sport.

The Scottish clubs story was a flight of fancy cooked up by a bored hack, but recent years have seen English clubs being asked to contemplate EPL games abroad – the “success” of the NFL in playing games in Europe is touted – and repeated claims, over years, that pre-season organisers wanted an “Old Firm game” and were willing to pay big bucks for it.

It surely will not be long before this ugly idea rears its head again.

The commercialisation of football is not a new thing, but as we saw with the European “Super League” proposals, the contempt for the wishes of ordinary fans has never been more sharply obvious.

Most fans don’t realise how dangerous the position we’re in is, in relation to Scottish football and the paltry money we get from the TV deal.

If, during negotiations over a new contract, something like this, or something equally bizarre, was put to clubs and the money was right, the opinions of the fans wouldn’t be considered long enough for the pens to pause over the paper.

The Spanish football federation has been heading down this road a while.

Like the EPL, they were, at one point, contemplating playing a series of games in the US.

The decision to take the inflated Super Cup – with four teams in it instead of two; the runners up now get to go – over there is a move that will certainly re-open that door and others.

Scottish football is promoted around one particular game; let’s not forget that.

We may disagree with it, and we may think it’s disgusting, but it’s a fact of life because those who market our sport don’t have the imagination to do otherwise.

Do you really believe that in some scenario where broadcasters wanted to take key games – perhaps even the derby games – “on the road” and made the promise of vast riches for the rights to do so, that clubs would even hesitate?

We know Ibrox would leap at that chance.

It would be massive for them, the best boost to their global brand that they could get outside of clearing out their stands.

For Celtic, the calculation might be less about that than about the cold hard cash.

Oh we may be “consulted” on it, but that would really be an afterthought.

The big PR machine, utilising the MSM, who don’t give a shit about fans either, would be mobilised in full to “sell” the idea to us.

I have no doubt that we’d stand virtually alone.

What it all boils down to, is that football needs a democratic revolution, something which makes clubs and national associations accountable to the fans, and where supporters have a veto against some of the more preposterous and contemptible plans.

This kind of thing has its hooks in football now, and that’s only going to get more pronounced.

It is only going to become a bigger concern.

We have to watch out for it.