The Only Place Morelos Will Ever Supplant Larsson Is In His Own Head. 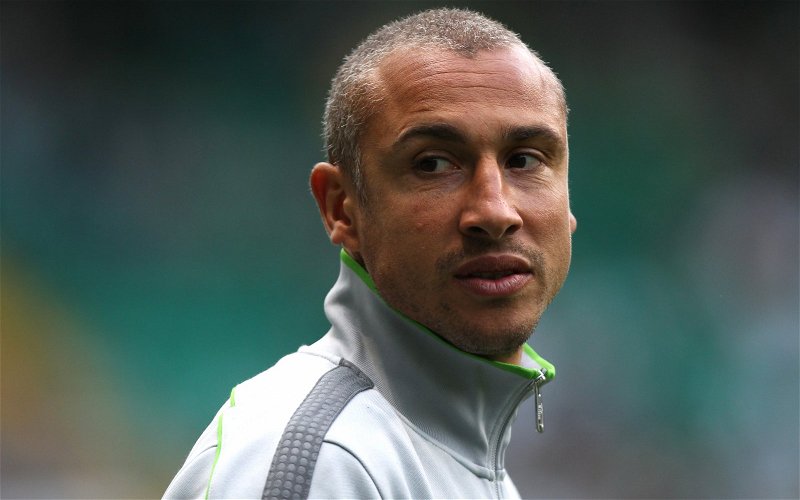 Mad Dog is in the papers today claiming that he wants to supplant Henrik Larsson in the Europa League scoring charts.

To be honest with you, Larsson’s position on the Europa League scoring charts had never even dawned on me for even a minute. I had no idea where he was on it, and to be frank I didn’t all that much care. I’ve given it zero thought in my life.

So I was surprised to find that when you include qualifying games that Larsson does, in fact, sit at the very pinnacle of Europa League goal-scoring with 40 goals in the tournament.

That’s nice to know, but it doesn’t bother me all that much; we don’t need all these phony prizes to recognise what the King of Kings actually was to our club.

Morels is nine goals behind.

He may or may get those goals over the remainder of his career; all he has to do, really, is land at a club next season which players regular European football at that level and his chances will be pretty decent considering his age.

Kris Boyd has more SPFL goals than Larsson; he has tried, on a few embarrassing occasions, to suggest that makes him the King’s equal or better … the idea is so preposterous nobody seriously debates it with him.

The idea that El Ned will ever supplant Larsson where it really matters – in his standing as a European footballing icon – is frankly nuts.

It exists only in Morelos’ own mind, that and the minds of a handful of fevered sports reporters too stupid for words.

Morelos has a single league title.

The King has titles in three different countries. He’s played in two European finals. He has won the Scottish Golden Boot award five times and the European Golden Boot once. He has over 100 caps and 30 goals for his country.

In the same stupid interview, he talks about overhauling his hero, Radamel Falcao.

Apparently he needs only a goal to do that in terms of the Europa League … but again, this is a ridiculous comparison with a player who has won the tournament twice with different clubs and whose list of records in the tournament include, but are not limited to, the most hat-tricks (3), the most goals in a single campaign (17), the most goals in a Europa League knockout tie (5) and the most in a single game (4.) He’s Colombia’s all-time top scorer.

Morelos is a legend in his own household, and he will need to do something momentous in his career after Ibrox to be considered any more than a middle of the road striker with a penchant for temper-tantrums.

I knew he would be wholly ineffective at the weekend the minute the first Dundee Utd player put him on the ground; wind Morelos up and he forgets to play football and starts trying to go around the pitch settling scores.

He is a fool to himself, and if he believes for a minute that Falcao or Larsson will be sweating these “records” – which are only a handful in their own long and illustrious collection of them – he’s an even bigger one that we already think.

So is any hack who thinks that any of this actually matters.