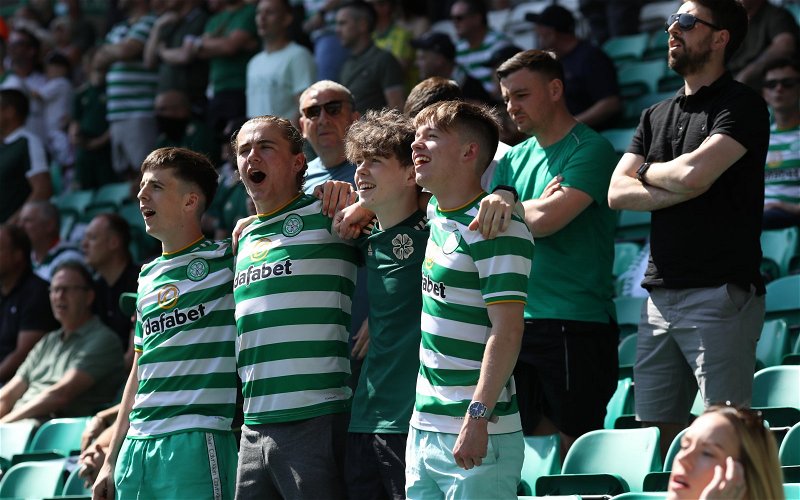 From the minute Balogun got his marching orders today against Motherwell there was but one certainty in the match; it was the last decision that the home side was going to get. The penalty decision is a shocker.

But the performance from the team who had eleven men on the pitch was much, much worse than anything turned in by the officials.

I remember writing earlier in the season, when we were still behind by a significant margin in the league, that if we were going to drag ourselves up we’d have to do it mostly alone. Teams were not going to go out and do us favours, and most would see games against our title rivals as one of those games you just expect nothing from.

There is a weak mentality that runs through Scottish football, and it’s at least in part to do with their being decades now without a team from Glasgow winning the title.

A lot of teams see games against Glasgow clubs as being about damage limitation. Some don’t even try that hard and roll over before a ball is kicked. It’s a significant issue which won’t go away.

A handful of managers down through the years have tried to buck that trend. They understand that if your mentality is  all doom and gloom that the likelihood is that you’ll get beat. But to play aggressively at least gives you a shot.

Graham Alexander did not bring that attitude to the game today.

For them, this is a few quid in gate money.

They aren’t playing for Europe. They’re not even really playing for pride. Still, it’s fundamentally embarrassing to be as poor as they were today against an exhausted team with ten men.

You can’t give credit where it isn’t due.

They were facing a rag-bag outfit which is just about dead on its feet and when Balogun got that red you thought “well, they have to show some appetite for the fight now.” For a brief spell they did.

But the second half was a humiliation.

Did they even get out of the starting gate? There was a point when Sakala – widely derided by even his own fans – went by about four of their players without a single tackle coming in.

Motherwell did not show up for business in the second half.

They turned in a performance that was absolutely spineless.

And they got what they deserved, which was nothing.

The penalty didn’t decide the game; had Motherwell been on top and pressing for an equaliser you might have made an argument that it was necessary to spare Van Bronckhorst the ordeal of having to come to Celtic and see the title change hands, but the home side was barely functioning anyway.

And so the party is delayed a week.

If we win tomorrow and then at Celtic Park against his team, we can clinch it against Hearts the following week.

So the result today puts it off a while, that’s all.

A victory tomorrow and next weekend leaves us on the brink, and that’s where any team would want to be. The focus now turns to what we do then, and how we respond to today’s result.

Nothing for us has really changed; we still need four wins out of five to be sure.