Has Ange Given The Celtic Board A Deadline For Getting His Remaining Deals Done?

In spite of a lot of rumours, Celtic haven’t yet one critical piece of transfer business over the line; the signing of a defensive midfield player. The season kicks off in just over a fortnight. What I found interesting about this is that Ange seemed to suggest, the other night, that he expects to have new players in by the time it does.

In my view, those players should have been in already. Because Ange wanted the team building done before pre-season even started. We’re three games into it now and with a single outfield addition from the last campaign.

The manager has been backed with serious money, but the lack of intensity, the lack of aggression when it comes to getting transfer business done and which is shown frequently by those above him continues to be a concern. 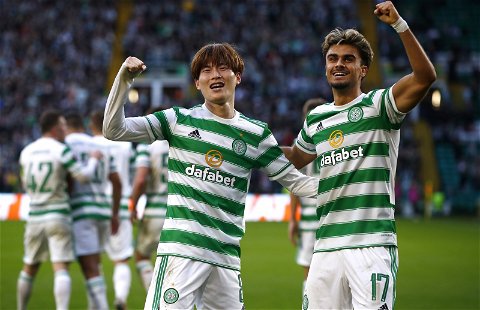 We’ve seen this too many times before with these guys. Celtic drags its feet on transfer business, always, and that’s been to our detriment over and over again. The thing with Ange is, he understands the importance of bedding new players in as quickly as possible … and he is fully entitled to expect a stronger squad than last season.

And for all the money we’ve spent, at this moment in time this is not a stronger squad than it was last season. That’s just a self-evident fact. The bulk of the transfer kitty has been spent on retaining two players … key players, and we’ve had have been weaker without having done it. Nonetheless, this is a squad that needs some new additions.

The manager knows that the heart of this team – the title winning team – is still intact. Of the players who have departed for pastures new, only Rogic and Bitton played big roles and they were replaced in January. For all that, Ange has lost some squad depth.

We all know the key areas where he wants some improvement, and it’s up to those at the top of the house to get those deals over the line. The manager clearly has an input into the transfer business, but it’s those who write the cheques who are in charge of that process … we have plenty of money left to spend. It’s high time they got on with it.

The manager wants it, and he deserves it. His recent comments suggest that he’s making that clear to those at the top of the house.