The McCarthy Rumours, If True, Would Be A Sad End To A Celtic Fairytale Which Went Bad. 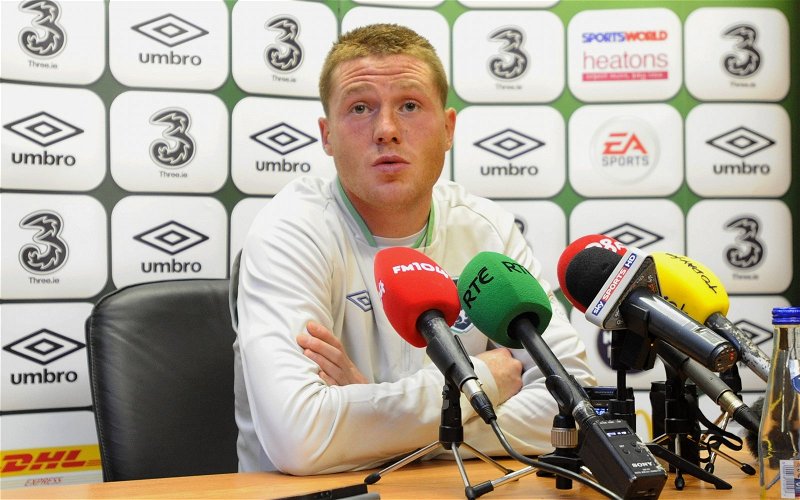 James McCarthy was born to be a Celtic player.

He should have been a Celtic player when he was in his prime, when he left Hamilton for England.

The utter stupidity and short-sightedness of us not making that bid and getting that done is a stunning indictment on our upper management of that time. It was Tony Mowbray and those above him who blanked the very idea of it.

Wigan was where he ended up. I knew we wouldn’t get near to signing him for years, in much the same way as I accept that John McGinn is probably out of reach for the foreseeable future. McCarthy left Wigan for Everton for ten times what they signed him for. Letting him go was an act of unbelievable stupidity. He was an obvious star.

A lot of water has flowed under the bridge since then.

He drifted in and out of the team at Everton, and finally moved to Palace.

For such a long time rumours stalked us every transfer window. When the moment finally came I know that he and his family were elated and I could not see any way it would not be a good deal.

Man oh man, how disappointing that it has gone the way it has.

If tonight’s rumours, and I haven’t heard them by the way, turn out to be true and the guy wants to move then he’s basically admitted defeat on his professional dream.

That cannot be easy.

That cannot be a decision that has brought him any satisfaction. It cannot be something Celtic welcomes, after he was given a long term deal … a move that even I thought was inexplicable considering his various injury issues.

I would hate to think that this story is true, but I have a nagging suspicion that it is.

If James is not going to play he will be frustrated and unhappy, and he’s earning an awful lot to be sitting in the stand every week … I would understand, completely, if both parties wanted to cut this deal short and move him on.

But I will be sad about it, because I know how long he waited for this and how long many of us waited to see him in our colours. It would be a bitter ending to what I once thought was one of football’s genuine fairytales.