Is Giakoumakis Unsettled Because He’s Not Celtic’s Starting Striker? 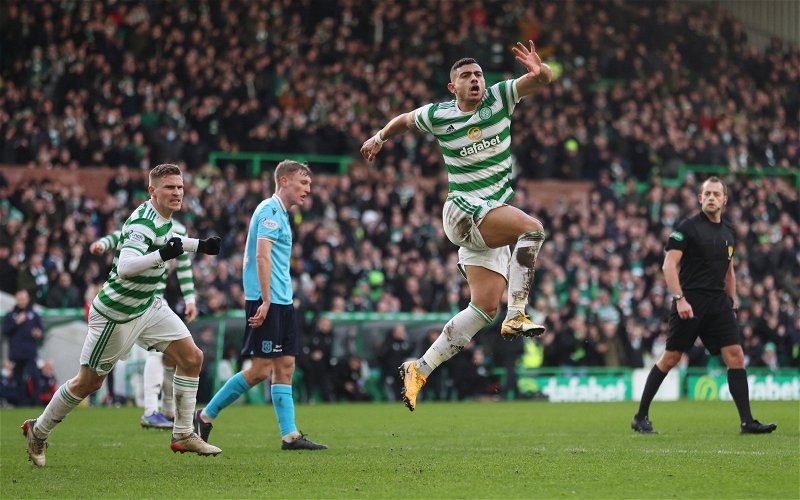 Tonight, there’s a story doing the rounds about Mark Guidi saying that Giakoumakis not unhappy with the money on offer in his new deal but that he might be slightly miffed about his status within the Celtic team itself.

Could it really be that simple?

Guidi has contacts within football, and he might be in a position to know.

Still, we should take this with a pinch of salt, in the main because it is hard to believe that Giakoumakis knows for sure that he would be guaranteed to start every week somewhere else.

If you’re taking a step up from Celtic – and only a fool would move his career backwards at this stage in it – you are likely competing against established forwards already in place, or going to a club which certainly has the cash to create competition for places.

He is good enough to play every week. That’s not even up for debate. But this is a game where there are no guarantees, and he could easily find himself in an even worse situation.

At our club he is respected and plays regularly. He has to tolerate being used in a rotation system, but a lot of managers do that these days and so there are no guarantees that he wouldn’t end up playing for another of them.

The system keeps people fit, and therefore it works. It is, anyway, up to each player within that system to do enough to make the manager’s decision difficult. He does that. He’s that kind of player. He just has to keep it up.

It’s not impossible that he’s frustrated. I think we would all be frustrated if we just wanted to be out on the pitch every week, but this is the system, this is the manager’s call and it’s what he signed up for in the first place. Kyogo probably also wants to hog the ball a wee bit, as do the other players who at other clubs would walk right into the starting eleven every week.

We’re not a club like that. Competition exists here. Players have to be patient and take their chances. The knowledge that nobody just walks into the team is what keeps players sharp and hungry and that pays dividends when they are in the side.

I love this big guy.

Regular readers know I rate him as the best natural goal-scorer at the club, a six yard box predator. They are not easy to find. But this is a team game and more and more it becomes obvious that the manager has the right idea in forging that mentality. Giorgios should stick with it, for our good and for his. He’s in the best place of his career.