Celtic Do The Double As They Announce Two Signings For Project Ange.

Always on my days off. Always.

Having decided, late last week, that I needed some time off I cleared the calendar of three days. I should have known that Ange would announce that we were to sign two players before the week ended.

I should have known they’d do it today. 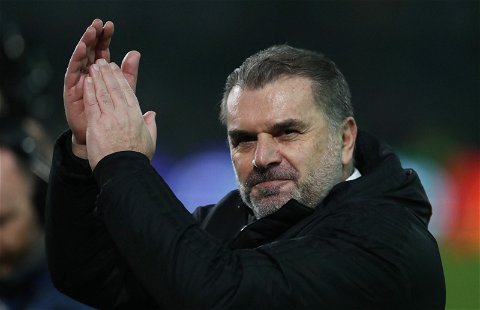 Is A German Defender Playing In France Celtic's Other Signing Target This Week? Aaron Mooy Might Not Be The Universal Choice, But For Celtic He’s The Right One.

If Celtic Gets Ange Those Extra Players In, What Happens Elsewhere Won’t Matter.

Has Ange Given The Celtic Board A Deadline For Getting His Remaining Deals Done?

Actually, I’m buzzing here because this, of course, is great news for all of us.

Not only did we secure a deal for Mooy, but we brought in Moritz Jenz as well.

These weren’t put together in five minutes, so it’s obvious we’ve been working on them a while.

Some of the questions we had for this board have been answered.

Ignore any nonsense about net spend; this is about us bringing in what the club and the manager needs, and I don’t care if we spent tens of millions on it or if we got them free.

As long as the boss is happy and as long as we know that these guys can come in and do the job.

Mooy is an Ange signing. Jenz has been on the radar a while, and Ange would have scrutinised the playing history of this lad before ever committing to the deal. This is exactly the kind of thing we wanted to see. A tough midfielder with experience and who can play in several roles and a big hard ball winning central defender.

It’s an excellent day’s business from Celtic, and just what the manager wanted the club to do. We are very nearly at a point where this squad is complete for the season ahead … Ange may or may not want to add one other player, but as things stand right now, I reckon the big man is going to be fairly happy with the business done and the talent we’ve brought in.

And for once the manager and the supporters are all seeing the same thing. After years of glaring issues going unaddressed by respective coaches who seemed utterly oblivious to obvious weaknesses, we have a man at the helm who fixes them.

I don’t even wish they’d waited until Friday.

It’s a good day for Celtic.